The DCA Jazz Program is led by Christopher Dorsey, who has been developing young musicians for the past 34 years, 16 of which have been at Dillard High School.

Dillard High School is a historic public Broward County school located in Fort Lauderdale, Florida. Established in 1907 and named for black-education advocate James H. Dillard, it was the first public school for people of African descent in Ft. Lauderdale.

Dillard moved to its current location during the 1940’s where famed saxophonist Julian Cannonball Adderley became the high school band director in 1948. In the mid 1970’s a performing arts magnet program was established for all of Broward County students in the areas of dance, music, theater, and visual arts, as well as an academic schedule. 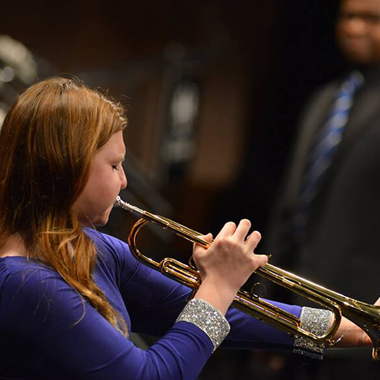 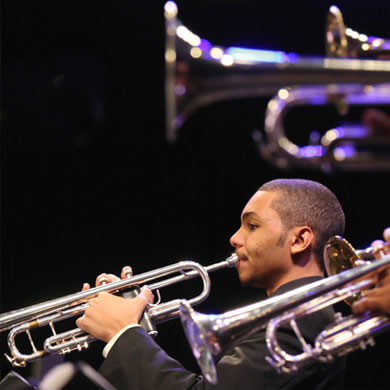 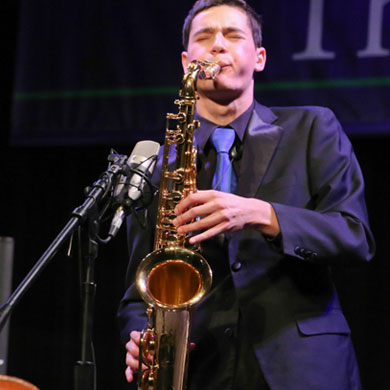 Over the past 16 years, the DCA Jazz Ensemble has matured and become one of the premiere high school jazz bands in the country. The band’s style and swing are built on a foundation of a thorough knowledge of styles and performance techniques of varied contemporary and jazz literature and developing strong listening skills. Mr. Dorsey has engaged his students in the history and artistry of jazz, thus building a foundation on which the students can grow and thrive.

Under the leadership of Mr. Dorsey, the DCA Jazz Ensemble is consistently represented in prestigious honor jazz ensembles at the district, state and national levels. Our students have been selected into the All County Honor Jazz Bands, The Florida All State Honor Bands, The Grammy Band, and the Monterey Jazz Festival’s Next Generation Band just to name a few.

One of the premier national competitions is the Essentially Ellington High School Jazz Band Competition & Festival is, held each May in New York City at Frederick P. Rose Hall, home of Jazz at Lincoln Center. Fifteen bands are selected as finalists from hundreds of recorded submissions from bands across the US and Canada. The three-day festival allows students, teachers and musicians to participate in workshops, rehearsals and performances, concluding with an evening concert and awards ceremony featuring the three top-placing bands.

Mr. Dorsey and the DCA Jazz Ensemble have been finalists in this event for the following years:

Another premier high school jazz event held each March in Savannah, Georgia, is the Swing Central National Jazz Competition. The DCA Jazz Ensemble placed First in 2010, 2011 and 2012; Second in 2008 and 2009. The band presented a workshop/clinic with famed trumpeter and jazz educator Wynton Marsalis at The Midwest Clinic in 2013.

The DCA Jazz Ensemble regularly performs in major venues for South Florida audiences. Each year, the Old Dillard Museum Foundation sponsors two concerts, featuring the DCA Jazz Ensemble notable guest artists at the DCA Main Theater. One of the highlights of the year is the annual Sweet Dillard Jazz fundraising concert held in April. The jazz ensemble has recorded three CD’s and performed for a variety of music education seminars.

Graduates of the performing arts program go on to attend some of the top colleges and conservatory programs in the United States, including the Juilliard School of Music, Berklee College of Music, Manhattan School of Music, and Columbia University.

Many of the students have become professional jazz musicians. Here are just a few:

Mr. Dorsey’s mission is to teach life skills through Jazz and to create opportunities for his students to be recruited to the nation’s top schools and conservatories. 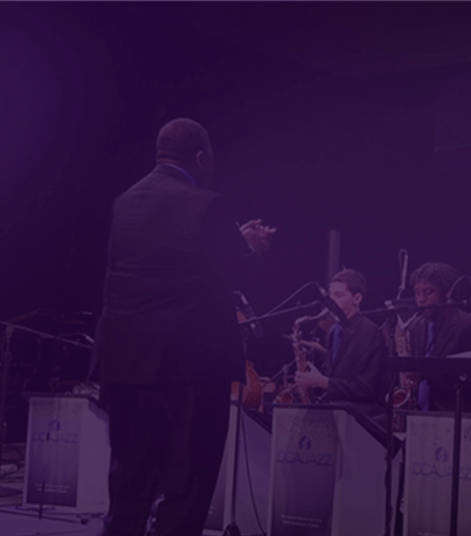 Imagine yourself in 1942 listening to the sweet sound of Duke Ellington leading his big band. Fast forward 77 years and you would be hard pressed to believe that teenagers of the electronic age could perform Take the A Train with the same drive and passion. That’s exactly what you’ll find with the Dillard Center for the Arts Jazz Band. Despite being ravaged by budget cuts, DCA Jazz continues to shine as the #1 high school jazz band in the nation. Every band senior graduates from high school and due to their achievements, our students have earned scholarships to top music schools like Juilliard and distinguished universities like Columbia.

Check here for the latest news about the DCA Jazz Ensemble!